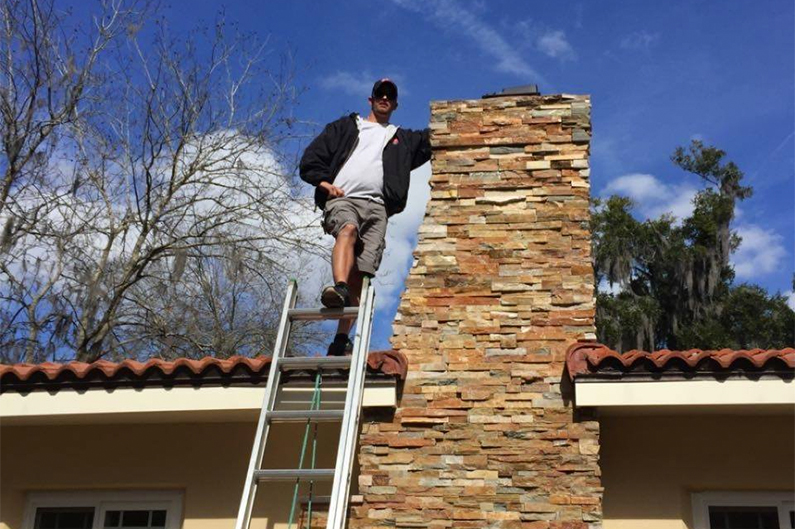 Each part in your chimney and fireplace play a role in helping it work efficiently. Majority of the roles are simple, but, if one or more parts take a turn for the worst, your system can turn up damaged, inefficient and could put your home at a serious risk for fires or health issues. Below is a breakdown of your chimney and fireplace, to help you keep educated on how it all works:

The damper is used in order to control your fireplace’s fire, block off your chimney for the other seasons and actually ignite a fire. It is vital though to make sure moisture is kept out of the damper because if it is wet it will rust and work inefficiently, possibly causing fire risk.

The flashing of your chimney are just sheets of thin metal placed precisely around your fireplace to protect between the chimney and roof deflecting moisture from entering.

The firebox is in fact how it sounds; It is a boxed area where your fire takes place. This area takes on the most abuse and often is overlooked. Making sure your firebox is up to code as well as being built strong will keep it healthy and protect your home from heat exposure. It is wise to have your firebox inspected and maintained to ensure no damage is done.

The flue is the opening of your chimney that expels smoke and gas.

The flue liner is the part of the chimney that acts like a vent for the fire. This liner helps to keep in harmful smoke and gas so it does not spread into your home, keeping you safe. These liners are typically sized for your exact chimney in order to maintain its maximum efficiency. This part is very vital for your fireplace’s lifespan as well as the entire chimney system because it’s refractory properties stop heat from compromising the structure of your home.

This cap prevents the flue from opening up while keeping flames inside of it; if this cap was not covering the chimney, fire can escape the top igniting any debris near the area resulting in a fire. The chimney cap also prevents outside weather conditions, critters, and any debris from entering your chimney that can wreak havoc in your fireplace and home.